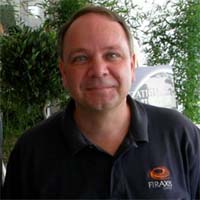 Sid Meier is known as the mastermind behind some of the most respected and influential video games of all time, such as Civilization, Railroad Tycoon and Pirates.

But in his pursuit of conveying a realistic experience for players, he says his logical mind wasn’t taking into account enough what was going on in players’ heads.

Meier outlined specific psychological elements that occur in players’ minds, such as “The Winner Paradox.” Game designers are supposed to give gamers a challenge, but the gamer at the same time expects to win. “In the real world you don’t always win, however in the world of games, you always win” in some capacity, Meier said.

Just like players expect Rambo to overcome the enemy in the end, or Sherlock Holmes to solve the mystery, there is a certain understanding between the player and the designer.

“…The player is always looking for a satisfactory conclusion that doesn’t always involve winning the game, but often does,” Meier said. They expect, like Rambo, to win in the end.

“…Players are very much inclined to accept anything you give them and gladly feel it was their own incredible play or strategy. … You want the player to feel like they’re above average.” The problem for game designers however, is that while gamers are happy to take credit for success, if they lose, the blame often falls on the game.

Rewarding the gamer often is also important, particularly in the opening moments of a game. “You almost cannot reward the player enough” in the first 15 minutes of a game, in order to get them hooked, Meier said.

Meier said that game designers agree to assume that gamers are good at a game. “They are the star of the game,” Meier said. … Keeping them feeling good about themselves is important.”

Gamers assume that game designers will maintain a suspension of disbelief within the game. Meier said that some of the older, more experienced designers who worked with lo-fi graphics might have an advantage in this area, because they learned how to not rely on graphics to immerse a player. “Having that experience was helpful in understanding the challenges in getting the player to suspend their disbelief,” he said.

There’s also the Cold War-like relationship between gamers and designers that Meier called Mutually Assured Destruction. “There’s an amazing parallel to [the Cold War]. … The player can actually destroy the experience any time they want to.” For example, they can quit in the middle of a game, or play it in a way not intended by the designer.

But game designers have the ability to “destroy” a game through questionable mechanics or bad design decisions. “There are ways that we need to be careful to be true to the story of the game and value the player’s time,” he said.

Along the same lines as suspension of disbelief, Meier said consistent humor, style, music, and atmosphere is also expected by the gamer. “If i’m playing a game that starts off happy and cartoony and all of a sudden terrible things start happening … that’s when the player turns off the game and moves on. … Use things like [humor, style, music and atmosphere] to be consistent and keep the player in your world.”

Meier also said, “Any kind of randomness needs to be treated with a lot of care. Whenever something random happens to the player, paranoia sets in. … The player feels like the computer rolled that random number just to be difficult.” Small doses of randomness, however can be helpful — just make sure that it seems fair to the player so he doesn’t feel cheated.

While real civilizations rise and fall throughout the course of history, injecting that realism into a game like Civilization would be a mistake, although it was considered by Meier at one point. Players don’t want peaks and valleys, they want constant progress — that’s what the Civilization franchise is about. “You cannot reward and reflect progress too much in a game,” Meier said.

Even recently he found an instance of surprising player psychology. Firaxis is currently developing the Facebook game Civilization Network. The development team tried allowing players to exchange gold with each other. “What we found though is that nobody would give gold to anyone else,” totally defeating the purpose of a player-to-player currency exchange system.

Game designers can also use player psychology in ways that can actually save developers money, Meier said. He suggested that designers use a player’s imagination. “If the player can imagine what’s going on [in a game] … we save a lot of money.”

In Civilization Revolution, for example, a message might pop up saying that royalty from a distant land has just gifted dancing bears to the player. But Firaxis doesn’t need to create assets for the royal or the bears. In fact, there are no bears, and players will never come across that royal. But the gift feeds the player’s ego, improves the entertainment experience, and did nothing but play with the player’s imagination with just a few words on screen.

Meier also suggested that designers “tap into what the player already knows.” In Pirates, he didn’t need to invest time and money in giving an antagonist an intricate backstory. He found that it was enough just to give the character a black curly mustache. “Take advantage of what the player will almost automatically provide with their own imagination,” he said.

It’s also important to know the personality of your audience, and feed the player’s ego. Meier’s certain what kind of person plays a game whose tagline is “Build an empire to stand the test of time.”

“Basically if you play Civilization, you are an egomaniac,” Meier joked.