With the release of Grand Theft Auto V, one of the most popular video game series in history, we conducted a free review of the game highlighting narrative design and its impact on gameplay. Over the years, most games have had a mediocre storyline, and only a handful have really invested in great story to support the game.

Myst, a game released in the mid-90’s, achieved a cult following without players using guns, weapons, or other types of hand-eye coordination required in most games. Players in Myst explored a serene world armed with a sense of curiosity; uncovering bits of a huge story that engaged players in a way not done in games before.

Player engagement appears to be maximized in the continuum between too-linear of a narrative, where players focus on gameplay, and too-dynamic of a narrative, as found in Spore, where players’ open-ended exploration can lead to boredom. However, a simple and linear narrative that focuses more on gameplay (such as Nintendo’s Super Mario Bros., or many first-person shooters like the Call of Duty series where players cannot deviate much from the storyline as the game progresses) can limit the investment of identity by players into the game. Read More → 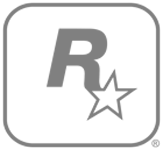 Some player customization and choices in the storyline can go a long way, while too much can detract from gameplay and goal achievement.

A good balance was struck in Grand Theft Auto V, and serves as a driver of player engagement.